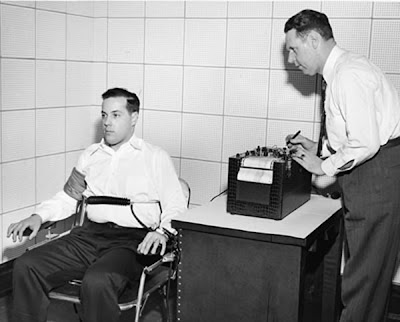 A Brief Analysis of the Aldrich Ames Polygraph Screening Case
This brief paper will present an analysis of Aldrich Ames Polygraph Screening Case.  Aldrich Ames was a CIA counterintelligence spy who was ultimately charged with selling top secret data to secret agents of Russia and the former Soviet Union during the Cold War.  This case initially appears that Aldrich beat a polygraph examination, because he was seen to have not passed the examination on the first attempt and then came back four days later and registered responses that indicated he was telling the truth (Bellevue University, 2011).

How Could Errors Have Been Avoided in the Aldrich Ames Polygraph Screening Case?
According to the case study, the initial results of Mr. Ames’ polygraph examination indicated deceptive responses regarding his behavior related to his personal finances (Bellevue University, 2011).  Such behaviors related to large expenditures and unexplained affluence and assets can to point suspicious sources of income, especially sources such as income possibly gained from spying activities if an employee has access to secret data that could have been sold to foreign agents.
In the McCrie text, there are two primary types of errors that can occur during polygraph examinations.  The first is the false negatives that are the false decisions made by the examiner that can occur when the person being examined is not speaking falsely, yet they are actually being deceptive.  The second is the false positives that can occur when examiner makes false decisions about the person being examined, yet the examinee is actually being truthful (McCrie,2007).
However, if there are established procedures that require the complete submission of all data related to a polygraph examination and the examiner failed to follow those procedures, that allowed Mr. Ames to give the appearance that he had “beat the system” when in fact, it was Ames’ own, over confident and unusually friendly that probably caused the polygraph examiner to not be on guard and follow all his required procedures explicitly and to the letter.
If the polygraph examiner who examined Mr. Ames had followed his training and required procedures explicitly and reported both sets of results it would have probably raised flags and required that Ames submit to a different set of polygraph examinations from an entirely new examiner.  I also think that the polygraph examiner who examined Mr. Ames was probably younger than Ames and not very experienced, or he would have not allowed Ames to engage him in the friendly conversation that preceded the exam, inquiring about the examiner’s background, experience and interested in that kind of work (Bellevue University, 2011).

How was Aldrich Ames Finally Caught by the FBI?
Ames was finally caught after nine years of misleading investigators, because he exhibited suspicious, provocative behavior by speeding his sports car, and that warranted further investigation.  His demise is described in the passage below:
“But, in an inquiry that careered like a roller coaster, the F.B.I. got its first big break just a few days later. Ignoring the warnings of their superiors, agents pilfered Mr. Ames's household trash, switching refuse cans in a nighttime operation that yielded a decisive find: a torn-up draft of a note from the suspect to his Russian handlers.
A few weeks later, Federal agents broke into Mr. Ames's house and, in a search authorized by the Attorney General, found in his computer a wealth of incriminating data, including his procedures for secret communications with the Russians.
“F.B.I. officials, including senior investigators who supervised the inquiry and agents who ran it in the field, have previously been under strict orders not to discuss it. Now, almost a year after Mr. Ames's arrest, those officials, in response to numerous requests, have talked about the case in a series of interviews in recent days (Kidwell, 1995).”
These activities resulted in the final conviction and incarceration of Ames where is serving a life sentence in a federal prison without any possibility of parole.  The secrets he sold to foreign agents reportedly compromised the operations of other CIA agents and resulted in irreparable harm to the U.S. Government.

My Own Experience Related to Polygraph Examinations
From 1972 until 1977, I worked my way through the last year of high school and then four years of college as a retail clerk in a Kroger grocery store.  I started at one store in July 1972 and transferred to another store in July 1974 because it was closer to the campus of the university where I was working on my bachelor’s degree.  At the second store location, there was a management change less than six months after I arrived.  Within 12 months, the store was experiencing huge money losses that resulted from “inventory shrinkage” that represented truckloads of merchandise being stolen in short periods of time.  Even though I was afforded protections against polygraph examinations by the Retail Clerks Union to which I belong, during the investigation that resulted, I was strongly persuaded and agreed to take a polygraph examination.  Prior to the examiniation, I was briefed on the entire process and what they were trying to discover using the polygraph examination.  Though I was truthful regarding my own employee performance, when asked by the polygraph examiner about detailed knowledge of activities of other employees, I lied and did so intentionally.  I was not about to become an informant on my fellow employees.  These were fellow coworkers who had been manually ringing up cartons of cigarettes and six-packs of beer for one tenth the listed price.  The result was I completed the exam and was never called back for a discussion of the results.  I also never brought it up again either, and secretly I was angry at myself for unnecessarily subjecting myself to this unpleasant experience, when I had explicitly guaranteed union protection regarding this practive.  In my own set of values, I felt that I had subjected myself to the perils have my character questioned, when I did not have to submit to this situation voluntarily.
On another note, I noticed that the management and the polygraph examiner never called the process or the machine a “lie detector.”  That to me was very telling.  I was smart enough to realize two things:  1) the results are not admissible as evidence in a court of law; and 2) the management and the polygraph examiner intentionally avoided calling it a “lie detector” exam or a “lie detector machine” because they knew that “lie detector has a much more negative and emotional connotation than the sterile, scientific sounding term, “polygraph examination.”
A few employees were visibly emotionally upset about this polygraph exam and said so.  Then they turned around and asked the examiner, and later other managers, “Did you catch me lying?”  Hearing these stories made me realize that I was working with some pretty stupid people, because the worst thing a person could do would be to act suspicious during or after the process, and act as if they were hiding information, and personally wondering if the polygraph machine had caught it.
The Management Team of the grocery store was transferred to other stores and rreplaced with a new Management Team, but no employees were ever fired as a result of these polygraph examinations and the related investigations.

Posted by William Favre Slater, III at 11:04 AM