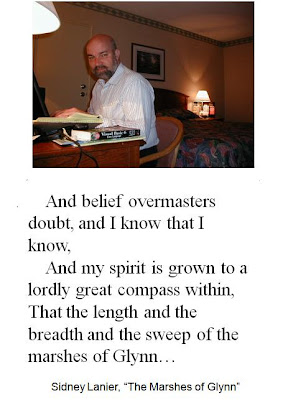 Your written assignment this week is to write a paper addressing both of the following:

• Discuss how the Rand Report (p. 32-33 of Security Operations Management textbook) has changed the security field and the law enforcement field.

• How has the modern protective industry grown in recent history? How does it compare with law enforcement today?

This brief paper will present an analysis of a Rand Report titled Private Police in the United States: Findings and Recommendations, by James S. Kakalik and Sorrel Wildhorn, and its impacts on the security industry in the United States. This report was commissioned by the Law Enforcement Assistance Administration (LEAA). The chief objectives of this report were to accurately describe state of the situation that existed with private security police who were not employed by government entities, and to provide recommendations and a basis for the improvement of policies that would result in improvements in the quality of private security police (McCrie, 2007).

This Rand Report was seen as a scathing indictment of the state of private police in the U.S. The crux of the report can be seen in this passage:

“The typical security guard is an aging white male, poorly educated, usually untrained, and very poorly paid. Depending on where in the country he works, what type of employer he works for (contract guard agency, in-house firm, or government), and similar factors, he averages between 40 and 55 years of age, has had little education beyond the ninth grade, and has had few years of experience in private security… He often receives few fringe benefits; at best, fringe benefits may amount to 10 percent of wages. But since the turnover rate is high in contract agencies, many employees never work the 6 months or 1 year required to become eligible for certain of these benefits.” (sic) (McCrie, 2007).

Other factors that the Rand Report identified that were leading to the overall poor quality of these private police officers were: weak pre-employment screening, high-turnover in the industry, low hourly compensation, and a lack of meaningful licensing standards (McCrie, 2007). One could also surmise from this list that lack of adequate training was also a factor.

Nearly 40 years later, the 1972 Rand Report by Kakalik and Wild Horn is still being researched and referenced to understand the linkage between substandard security employees and the factors that could contribute to the overall poor quality of security processionals. It is clear example of the worst that can and will happen when there is lack of policy and professional standards with which to create a staff of quality private police.

In 1976, the LEAA created the National Advisory Committee on Criminal Justice Standards and Goals. The purpose of this group was to undertake a number of detailed analytical reviews of issues related to criminal justice. One group that was created from this initiative was the Private Security Task Force (PSTF). The PSTF was comprised of law enforcement officials, corporate security directors, and executives from a major security services company. It released a report that was regarded as a response follow-on report and it identified 80 goals and standards for private security. While this report was not created to impact public policy that would influence governments and law enforcement professional standards, it was used as a good set of guidelines, though many have yet to be enacted (McCrie, 2007).

How Has the Modern Protective Industry Grown in Recent History?

Events since the September 11, 2001 terrorist attacks have underscored the importance of security as a priority in the eyes of the public and the eyes of our government leaders. The use of private security police is evident everywhere in large cities. Nearly every large public building in downtown Chicago has uniformed private security forces, and these are complemented by the use of other controls such as sign-in rosters, closed circuit television (CCTV) cameras with digital video recorders (DVR), pass card access, etc. When private police security guards serve in such capacities, they serve as a reminder that there is a human security element that can instantly react to security incidents, though to be sure, crime still occurs.

On October 24, 2006, my own dermatologist, Dr. David Cornbleet, was brutally murdered in his downtown Chicago office located in a high-rise office building on Michigan Avenue and evidence points to a disgruntled patient (Lohr, 2011). Ironically, the suspect was seen on CCTV and DVR entering and leavning the building within the window of the time of the crime, and there were private security guards on duty in the lobby of the building. Obviously, the killer exploited a vulnerability where the doctor was alone in his office and there were no witnesses to the crime. Nevertheless, despite the presence of private security guards, the crime was not deterred, and it was the CCTV and DVR that led to the best evidence of the identity of the primary suspect.

How Does It Compare with Law Enforcement Today?

Since the publication in 1972, and the publication the follow-on PSTF report in 1976, of the there have been several organizations created to promote professionalism, standards, and guidelines among private security police personnel. One such organization is the International Foundation for Protection Officers (IFPO, 2011).

Compared to the time in which the Rand Report was published the pay and standards for hiring are hiring are higher. But since nearly all uniformed police professionals who hired to the police forces of county, city, state, and federal levels all undergo much more intensive training, usually at some kind of academy, and they all have better pay, benefits, and usually pensions, usually the only comparisons is that both public security professionals and private security professionals are in security uniforms and carry a badge. The similarities usually end there.

Gunter, W. and Kidwell, J. (2004). Law Enforcement and Private Security Liaison: Partnerships for Cooperation. An article published at the International Foundation of Protection Officers. Retrieved from the web at http://www.ifpo.org/articlebank/lawprivateliaison.html on December 11, 2011.

IFPO. (2011). Benefits of Membership in the International Foundation of Protection Officers. Retrieved from the web at http://www.ifpo.org/membership.html on December 11, 2011.

Kakalik, J. S. and Wildhorn, S. (1972). Private Police in the United States: Findings and Recommendations. A study commissioned by the Law Enforcement Assistance Administration and published by Rand Corporation. Retrieved from the web at http://www.rand.org/content/dam/rand/pubs/reports/2006/R869.pdf on December 11, 2011.

Lohr, D. (2011). Dr. David Cornbleet: Lost at the Hands of a Patient. A web article published at the Investigation Discovery website. Retrieved from the web at http://investigation.discovery.com/investigation/internet-cases/cornbleet/david-cornbleet.html on December 11, 2011.